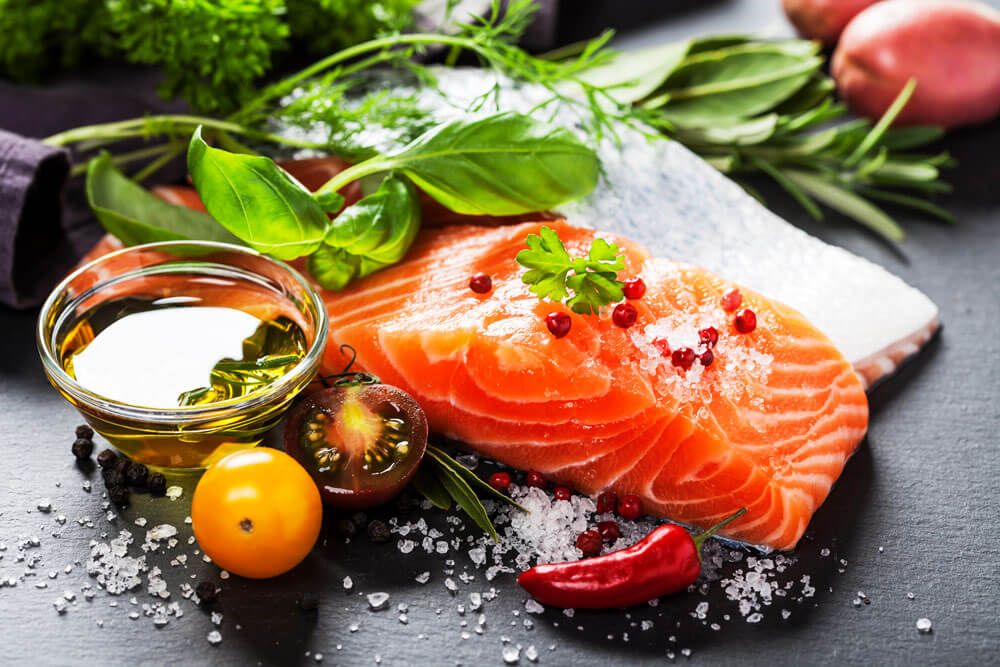 We often hear the term Omega-3 bandied around, and probably most of us have a general understanding that Omega-3 is a good thing, and it is, especially for growing brains. The long chain omega-3 fatty acids that are found in fish are essential for the development and health of the brain from conception through to old age

The misconceptions around eating fish during pregnancy

There are a lot of misconceptions about eating fish during pregnancy, causing expectant parents much confusion. The advantages of eating fish are numerous: fish, especially oily fish, are a great source of omega-3 fatty acids, along with vitamin D, iodine, selenium, iron, protein, and even calcium.

Some of the concerns that we hear about eating fish focus on the minerals such as mercury that may accumulate in fish, but this is not a problem in the bulk of fish available in New Zealand. Metals like mercury will only accumulate in large, long-lived fish such as shark and swordfish, or fish that live in waters near geothermal outlets.

The New Zealand Ministry of Health guidelines recommends that pregnant women eat a variety of high-quality foods such as meat, eggs, fish, poultry, nuts and legumes.

Recommendations for consumption of fish during pregnancy are dependent on the type of fish eaten, but generally, pregnant women should eat fish at least twice a week. .

Why should you eat fish while pregnant?

You may wonder, why fish? Aren’t there other sources of omega-3? Yes, there are, but not the really important one for brain development. Docosahexaenoic Acid or DHA is only found in animal sources, mostly in fish, and is the key fatty acid for the brain. Our bodies can’t make enough of  it, especially very little bodies, so it is critical that pregnant and lactating women, and young children get enough from their diet.

By studying how individual food components are digested, absorbed, metabolised and utilised, we can understand their effects on genes, cells, organs and the whole person. Deliberate manipulation of these food interactions can lead to improved health. You can learn more about the research at Massey University and even participate in studies.

The importance of DHA

There are many reasons that DHA is so important, especially during fetal development. DHA is concentrated in the retinal and neuronal cell membranes; this means that it plays a critical role in both vision and nerve growth in the fetus.

During the last trimester of pregnancy and the early months of postnatal life, the young brain is undergoing quite a growth spurt. During this time, the concentration of DHA in the brain increases dramatically, accumulating at the rate of 65-70mg per day!

Ideally a breastfeeding mum will provide approximately 80mg of DHA per litre of milk to her baby, but this can only happen if she is getting enough in her own diet. In most cases, the pregnant or breastfeeding woman doesn’t even have as much in her diet as she should be providing the fetus or infant.

Is it OK for pregnant women eat canned fish?
The fish that are sold in cans, such as tuna, sardines, herrings are short-lived species which only accumulate very low amounts of mercury. Canning or processing does not affect the mercury content in the fish.
How much fish should I be eating when pregnant?
Current recommendations are 2-3 serves per week. Try to incorporate different types of fish and make sure that it is well-cooked. 1 serve is equal to 150g (which is equivalent to 2 frozen crumbed fish portions).
What about taking Omega-3 supplements?
Supplements will only provide the omega-3, whereas a serving of fish 2-3 times a week will supply all those other important nutrients, including iodine and selenium which are deficient in the New Zealand diet. Eating fish is also the less costly alternative – after all, if you take supplements, you still have to eat something!

Which fish should pregnant women avoid?

MPI advises that women who are pregnant or are considering pregnancy, limit their
consumption of types of fish that contain higher levels of mercury.
These types of fish include:

Dr Pamela von Hurst is a senior lecturer in Human Nutrition at Massey University.  She has a range of research interests including nutrition for mothers and children. She is especially keen to see the latest nutrition research made accessible to families and health professionals.

Why Iron Is So Important During Pregnancy

10 Inexpensive Ways To Look After You